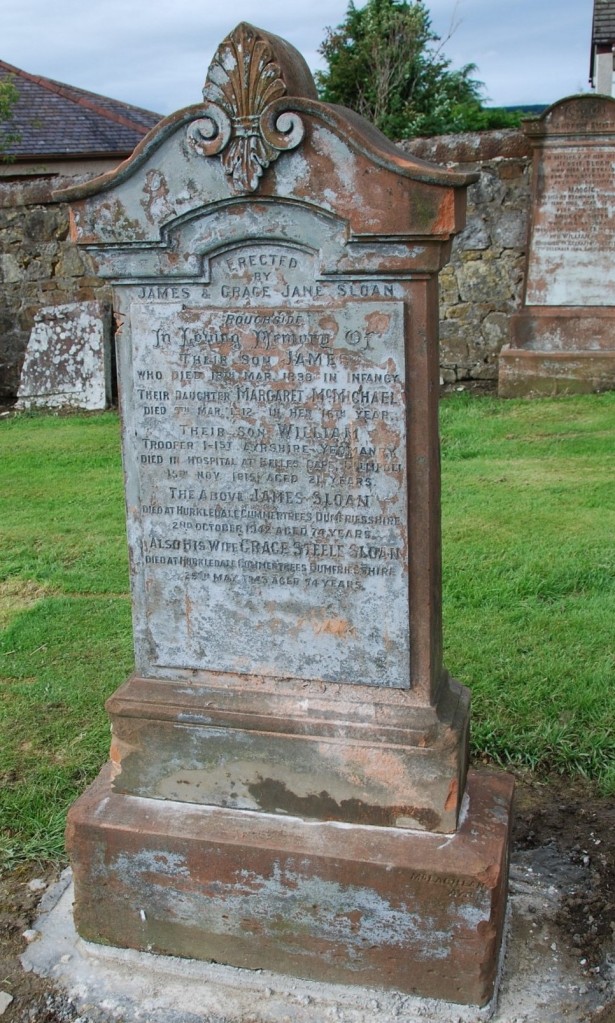 The Sloan family have a long association with the farm of Roughside in the parish of New Cumnock. However the links with William Sloan and Roughside begin within his grandparents

A. William Sloan and Jane Harvey

Together William and Jane had four sons, including eldest son James, all born at Sorn. The family moved to Roughside farm , New Cumnock some time beween 1885 and 1891 at which time the tenant was Peter Sloan, Knockterra, Old Cumnock and possibly a family relative.  William later moved to Castlemaines farm, New Cumnock while eldest son James continued to farm at Roughside. 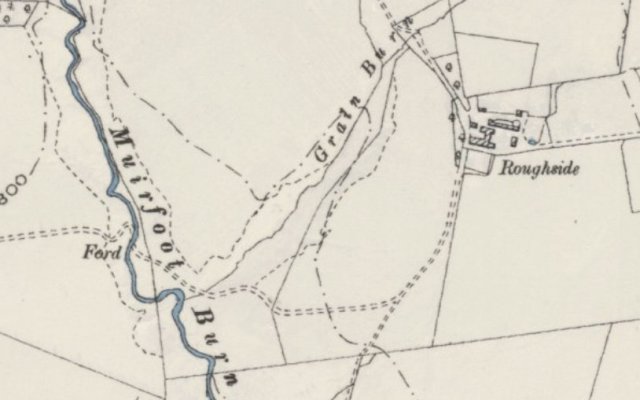 B. James Sloan and Grace Steele

In 1893 James married Grace Jane Steele the daughter of James Steele, farmer Merkland, New Cumnock and Margaret McMichael.  Together they had six children including eldest son William who was born at Roughside farm on 22nd March 1894. 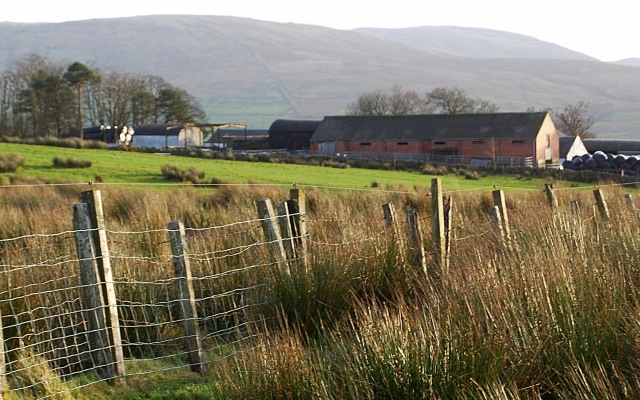 The roots of the Ayrshire Yeomanry can be traced back to 1794 when it was formed as a Fencible Calvary of the Earl of Cassillis. In 1798 it was formally adopted into the Army List as the Ayrshire Regiment of Yeomanry Calvary formed as part of Britain’s defences to combat any threat of invasion from France during the Napoleonic wars

On the outbreak of the First World War, the Regiment was one of the fastest to react to the mobilisation order following which the Regiment joined the Lowland Mounted Brigade and remained in the United Kingdom, on home defence duties, until 1915. The Regiment finally deployed overseas in September of that year, where it took part in the Gallipoli landings, serving as dismounted infantry.

“It is with the very greatest regret and sympathy that I writre you about the death of your son Willie. This took place at the Beach Hospital, Cape Helles, Gallipoli, on Monday evening, 15th November, the cause being peritonitis. The Yeomanry went up to the trenches in the last week of October, but your son, who as you know was C.O.’s orderly, was left at the rest camp along with certain other headquarters staff. He came up and saw me in the trenches two or three times, and it was a matter of remark how well he then looked. It was therefore a great surprise to hear that he had gone to hospital. I could not go and see him myself, as I could not leave my post at that time when we had the regiment in the firing line. Indeed a move forward was actually being made. It was on Monday evening I heard of his death.  The regiment came down from the trenches on Wednesday, 17th, and having got his remains from the hospital we buried him in the little cemetry of the 52nd Lowland Division, just beside our rest camp.  Dr. Ewing, of Grange Church, Edinburgh officiated as minister at the burial. I was present with most of the officers. Trumpet-Major O’Neill and the regimental trumpeters sounded the last post. For my own part I was very much touched by your son’s death, closely associated as I have been with him, and I know all the Yeomanry were, for he was a great favourite and had always done so well. I do not know that I can add mre usefully to this, except to again express my sincere regret and sympathy. — Yours very truly, J.D. Boswell.”

Mr. Sloan has also received a most kind and sympathetic letter from Captain Fred. J. Turner, commanding the Troop of which Tpr. Sloan was a member. Capt. Turner in the course of the letter of says —

“Willie was a real good fellow – one who was a credit to his parents , his country and his regiment. You must feel proud that God gave you a son who as ably and willingly answered his country’s call”