During demolition of the Arthur Memorial Church the church bell was recovered . 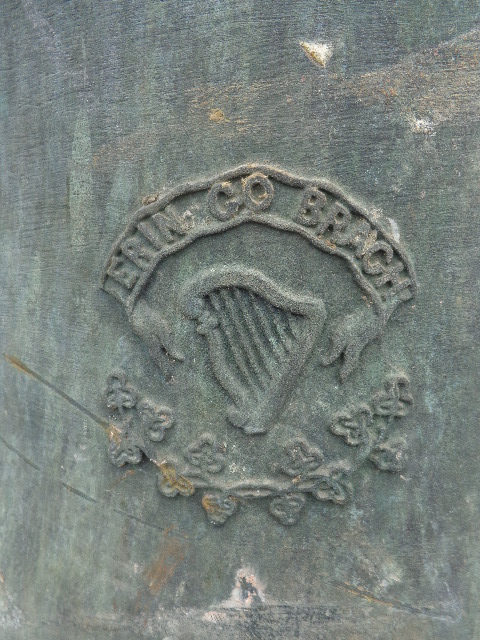 James Sheridan, was listed as an Ironfounder in 1809 at Church Street, Dublin and in the 1840’s be began to cast church bells at his foundry, known as the Eagle Foundry. In 1859 the business passed into the hands of his sons Thomas and George Sheridan and in 1888 the bell casting moved to the Byrne Bell foundry.  [The Ringing World, June 7, 2002]

An example of a Sheridan bell and some background to the Dublin foundry can be found in the National Museum of Ireland web-site here .

There are two other known examples of Sheridan bells in Scotland

Both bells are ‘Thomas Sheridan” bells and so perhaps the New Cumnock bell of 1855, is the earliest example of a Sheridan bell in Scotland.